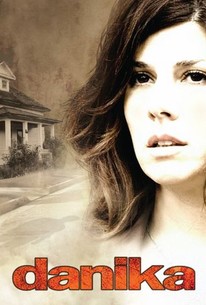 When a devoted mother and wife begins to experience a series of intensely terrifying visions, she soon begins to question her own sanity in a deeply unsettling psychological thriller from first-time feature filmmaker Ariel Vromen. By day Danika (Marisa Tomei) works at the local bank, and by night she assumes the role of loving family-woman to her husband Randy (Craig Bierko) and their three children Brian (Ridge Canipe), Kurt (Kyle Gallner), and Lauren (Nicki Prian). After experiencing a frighteningly vivid hallucination one day at work, the stressed-out twenty-five year old decides to quit her job and spend more time at home with the family. Though she soon opts to seek the help of a youthful therapist, Danika 's paranoia regarding the safety of her children grows increasingly intense as news stations begin to air a series of gruesome crime stories which all seem to concern the harming of young children. As paranoia rapidly morphs into panic and a series of premonitions leaves the fragile Danika an emotional disaster, the now-hysterical mother does her best to discern whether her continuing visions are the result of a deepening mental illness, or some unknown power from far beyond her realm of comprehension.