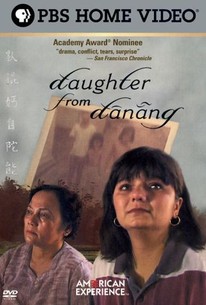 An emotionally wrenching portrayal of a family reunion that doesn't turn out as expected.

As the United States began to withdraw from Vietnam, many Vietnamese women who'd borne children fathered by American servicemen feared for the safety of their offspring, as many Vietcong were extremely prejudiced against people of mixed racial heritage. In 1975, an organization called Operation Babylift was created to help mothers in Vietnam find adoptive parents for their children the United States, and Mai Thi Hiep, one such child, found herself relocated to Tennessee at the age of seven. Mai Thi Hiep was given the new name Heidi Bub, and encouraged by her new mother to turn her back on the life and culture she had left behind. Bub easily assimilated into American life, but by the time she had entered college, she had a severe falling out with her adopted mother and decided to renew contact with Mai Thi Kim, the mother she had left behind. Bub had hoped to find the love and acceptance that her adopted mother was unable to give her, but after traveling to Danang to visit Kim and her family,Bub discovered this would be neither simple or easy to arrange -- Bub soon discovered just how different she and her mother had grown to be, Kim's husband bluntly (though without malice) points out that Heidi was the product of his wife's infidelity while he was fighting in the war, and one of Bub's half-siblings asks what their relatively prosperous American relative intends to do to support the family financially. A provocative look at the unexpected consequences of both war and family, Daughter From Danang is a documentary that follows Heidi Bub's journey to Vietnam, and what she found there. Daughter From Danang was awarded the Jury Prize for Best Documentary Feature at the 2002 Sundance Film Festival.

Heidi Bub
as Herself

Mai Thi Kim
as Herself

Tran Tuong Nhu
as Himself