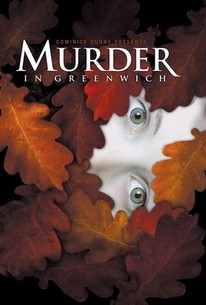 The first in a series of "true crime" cable-TV films based on the writings of Dominick Dunne, Murder in Greenwich retraces the brutal bludgeoning murder of Martha Moxley, a Greenwich, Connecticut high school girl, in 1975. Although the prime suspect is Martha's teenaged neighbor Michael Skakel (Jon Foster), the boy is able to evade arrest for a variety of reasons, not least of which is the fact that he is related to the politically "untouchable" Kennedy family. Over two decades later, the case is re-opened at the urging of former police detectitve Mark Fuhrman (Christopher Meloni), whose recent association with the O.J. Simpson trial has branded him a racist pariah. Despite his tarnished reputation, Fuhrman is able to enlist the aid of another detective, Steve Carroll (Robert Forster), the original investigator of the Moxley murder. Although Fuhrman and Carroll are clearly never going to be the best of friends, their combined efforts ultimately bring the elusive (and now adult) Michael Skakel to justice. Not surprisingly, the real Mark Fuhrman was one of the producers of Murder in Greenwich, which made its USA Network debut on November 15, 2002.

William A. Wallace
as TV Reporter