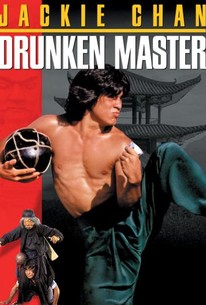 One of the earliest major films starring Jackie Chan, this 1978 Hong Kong offering highlights the relationship between a student and his martial arts master. This theme would dominate the American martial arts genre for years to come, as evidenced by The Karate Kid and many films to follow. Wong Fei-hong, played by Chan, is a 19th-century folk hero in Chinese culture and cinema, a kung fu master who fights injustice in the time of British colonialism. This character would later be portrayed by Jet Li in the more serious Once Upon a Time in China. Drunken Master finds Wong in his early years as a troublesome youth who is sent to receive discipline and martial arts instruction from his uncle (Siu Tien Yuen), the hard-drinking title character. Wong runs away, but runs afoul of some local villains. Beaten badly, he returns to his uncle, who trains him in "drunken-style" kung fu. The martial arts showcased by Chan in this film are important in the development of his career; the staggering, inebriated techniques allow for a looser, more flowing style, but more importantly, they contribute to the elaborate martial-arts slapstick that have become Chan's trademark and have made him an international star.