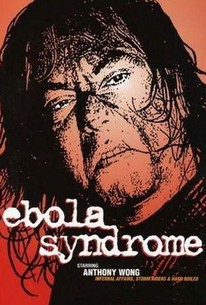 Even more gruesome and excessive than his notorious 1993 horror film The Untold Story, this bloody Category III sleazefest from Hong Kong director Herman Yau has earned its considerable reputation among gorehounds and Asian horror cultists as among the most cringe-inducing films of its kind. Anthony Wong, who had starred in Yau's previous film, gives one of his most unnerving performances as Kai, who has been a fugitive in South Africa for a decade after committing a trio of brutal murders in 1986. In the present, he is seen working at his illegal low-wage job as a cook at a Chinese restaurant. During an excursion to purchase pigs from a local African tribe, Kai is overcome with lust and rapes a native woman who, unbeknownst to him, is infected with the deadly Ebola virus. Before too long, Kai is an Ebola carrier, setting the stage for some truly revolting sequences. After decapitating his employer, Kai rapes and murders the dead man's wife and uses the couple's corpses to make "African Buns" which pass the virus to anyone unfortunate enough to eat one. Growing more insane by the minute, Kai returns to Hong Kong and goes on a bloodthirsty killing spree, terrorizing the public and allowing Wong to further demonstrate that Florian Koerner von Gustorf (Schramm) isn't the only actor willing to break every conceivable onscreen taboo to shock an audience. Belaboring the point, Wong returned two years later for The Untold Story II. With its virtually identical structure and plot line, this film may be considered an unofficial entry in that series as well. Vincent Wan co-stars with Marianne Chan, Shing Fui-On, and Bobby Yip. ~ Robert Firsching, Rovi