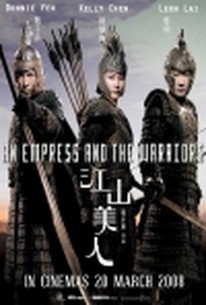 Two very different men vie for the affection of a beautiful and powerful woman in this historical epic from Hong Kong. During the Era of the Warring States, two rival kingdoms are fighting for control of China, the Yan and the Zhao. Muyong Xuehu (Donnie Yen) is leader of the Yan armies and guides his forces to victory, but not before the Yan emperor is murdered. Muyong is declared the new emperor of the Yan territories, angering Wu Ba (Guo Xiaodong), the late leader's nephew who killed his uncle in hopes of taking the throne. There is much public discord over Muyong's appointment, so he names as his second in command Yan Fei'er (Kelly Chen), the late king's beautiful daughter and only child. Muyong is in love with Yan Fei'er and wants to protect her, but she's a brave and headstrong woman, unafraid to put herself in the heat of battle. When a would-be killer attempts to murder Yan Fei'er, she's rescued by an unlikely benefactor, Duan Lanquan (Leon Lai), an aspiring inventor who loves in the woods. Yan Fei'er falls for the clever Duan, who has invented a machine that can fly, and when she learns that the Yan kingdom is once again under attack, she must choose between her two lovers as she returns to her people's battle for freedom. ~ Mark Deming, Rovi

There are no critic reviews yet for Kong saan mei yan (An Empress and the Warriors) (The Kingdom and the Beauty). Keep checking Rotten Tomatoes for updates!