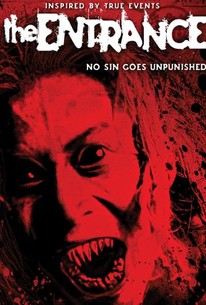 Inspired by actual events, Canadian filmmaker Damon Vignale's Leo-nominated supernatural thriller tells the tale of a kidnapped drug dealer who miraculously manages to escape his abductors, and the connection that police begin to make between what appears to be a typical street crime, and a 16th Century case of demonic possession involving a renowned exorcist and a French nun. Sister Madeline was an early-16th Century nun from Aix-en-Provence, France who had been overtaken by an entity that, when confronted by veteran exorcist Father Sebastien Michaelis, revealed itself to be a fallen angel on a mission to punish sinners and tempt the innocent. At the time, Father Michaelis wrote extensively about his battle against that unholy spirit, and now, 400 years later, his writings may prove the key to solving a disturbing modern-day mystery. Ryan James is a drug dealer who has just survived a close brush with death. After being kidnapped and bound, the street-smart dope slinger somehow managed to break free of his bonds and stage a daring escape. Now terrified that his kidnappers will return to complete the mission they failed to carry out the first time around, a desperate James contacts the local police in hopes that they can somehow help to save his life. Having worked in the city for many years, strong-willed detective Jen Porhowski thinks she has heard it all. Upon hearing James' fantastical account of his harrowing struggle, however, Jen skeptically tries to make sense of the story by separating the hard facts from perceived fiction. But sometimes there's a greater truth at work, and now as the pair begin to discover Father Michaelis' centuries-old writings they quickly learn that this modern kidnapping case may in fact transcend their reality and have implications that reach back through the centuries.

Ron Sauve
as The Janitor

Jerry Wasserman
as The Rapist

Frank Cassini
as The Devil

C. Ernst Harth
as The Pedophile

Daryl Bennett
as The Priest

Siobhan McCarthy
as The Nun

Lauren Littleton
as Drug Addict in Parkade
View All

Critic Reviews for The Entrance

There are no critic reviews yet for The Entrance. Keep checking Rotten Tomatoes for updates!

Audience Reviews for The Entrance

There are no featured audience reviews for The Entrance at this time.