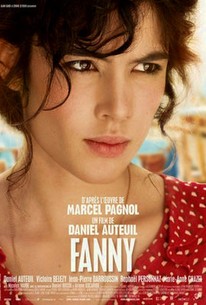 Fanny loves Marius and is expecting his child, but he has abandoned her and run away to sea without knowing about the baby. She finds herself facing the dishonorable position of being an unmarried mother,unable to provide for herself and the child. So, with the approval of her mother, and for the sake of the baby's future, she agrees to marry a prosperous shopkeeper on the old port, Honoré Panisse. He is 30 years older than she, but he recognizes the child and raises it as his own. Panisse provides them with a certain standard of living, social respectability and a comfortable future. Meanwhile, Marius has finally become aware of his profound love for Fanny during his long voyage. Despite having no career, he returns home to win back Fanny's affections and take responsibility for his child. Despite her enduring love for him, Fanny and Marius's father César convince him to stay out of her life, for the sake of the child's future and the honor of the Panisse family.

Now Streaming: The Equalizer, A Walk Among the Tombstones, and More
Critics Consensus: Planes: Fire And Rescue is a Dull Ride
View All

There are no featured audience reviews for Fanny at this time.