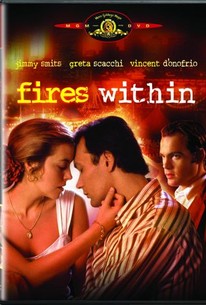 A Cuban woman who escapes to America finds herself in political, financial, and romantic jeopardy in this taut drama. Cuban refugee Isabel (Greta Scacchi) flees her country and makes her way to Miami after her husband, Nestor (Jimmy Smits), a political activist, is sentenced to a long stay in a Cuban jail. In their dangerous voyage to the United States, Isabel and her daughter are rescued by Sam (Vincent D'Onofrio), a fisherman from Miami; Sam helped Isabel find her way in her new home, and a romance blossoms between the two. However, when Nestor is finally released from prison eight years later and escapes to Miami to be with his wife, he discovers that Isabel's affections are now divided between himself and Sam, while his daughter barely remembers or recognizes him. Danger faces all three sides of this romantic triangle; Sam is asked to use his boat to smuggle Cuban dissidents into Miami, Nestor falls in with a radical fringe group hoping to stage an armed invasion of Cuba, and Isabel, who has become involved with a numbers racket, is in deep trouble after several massive payments were made to someone who never placed a bet. Fires Within was also shown under the title Little Havana; it premiered in Miami, appropriately enough, in its short-lived theatrical release.

Kevin A. Duffis
as Jaime

Celia Cruz
as Herself
View All

Critic Reviews for Fires Within

There are no critic reviews yet for Fires Within. Keep checking Rotten Tomatoes for updates!

Audience Reviews for Fires Within

There are no featured audience reviews for Fires Within at this time.