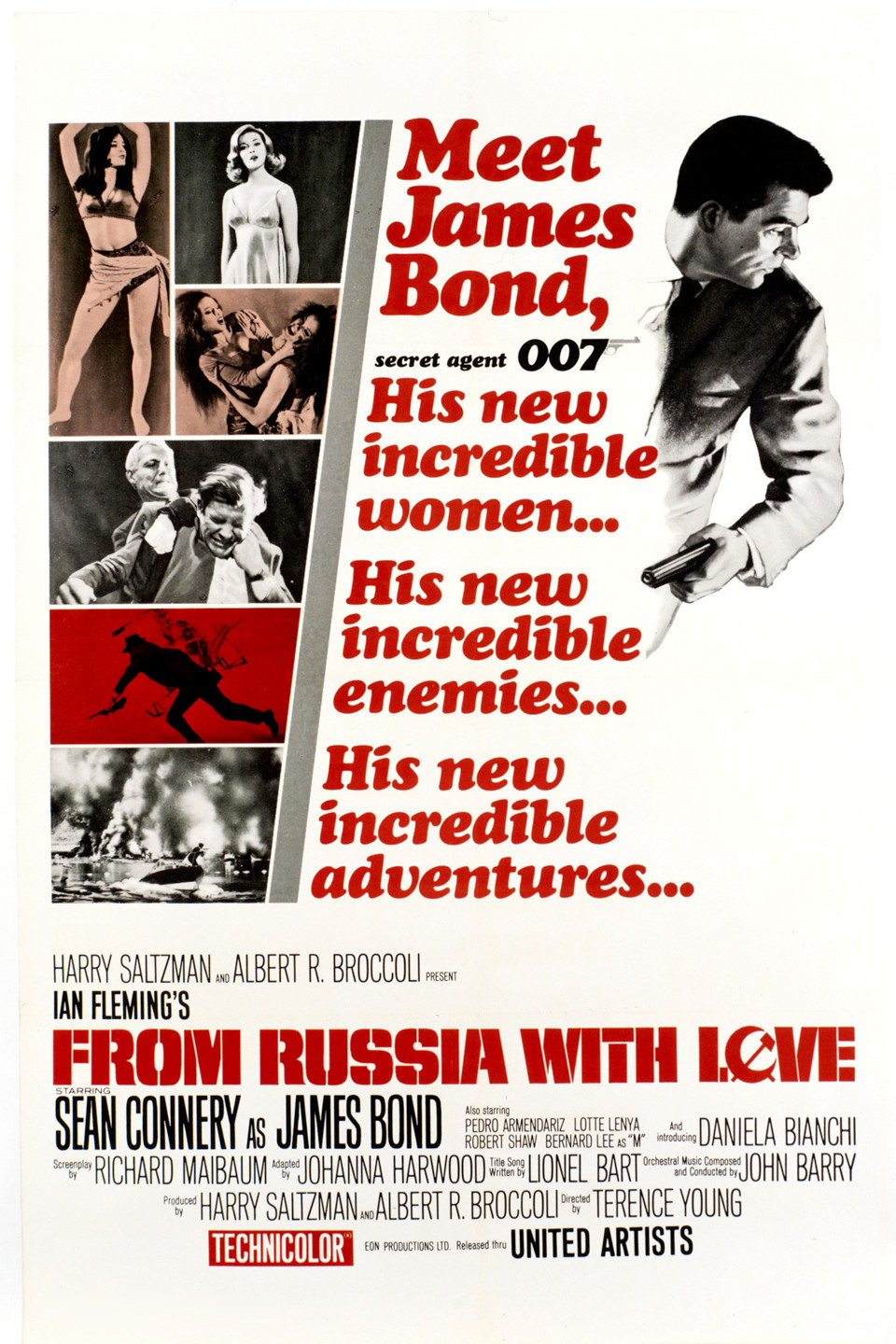 From Russia With Love

From Russia With Love Reviews

Carson Timar
ButteredPopcorn
It is the mix of cliches, interesting stories, good action, and pure charisma that all blend together in a way that defined a genre that would never be the same after.
Full Review | Original Score: A-

Richard Roud
Guardian
A highly immoral film in every imaginable way but it sure is fun...
Full Review

Josh Larsen
LarsenOnFilm
The second Bond film was already too self aware to remember to be itself.
Full Review | Original Score: 2/4

Mike Massie
Gone With The Twins
The story moves too slowly, fattened up with activities that are inconsequential and not action oriented.
Full Review | Original Score: 6/10

Kelechi Ehenulo
Confessions From A Geek Mind
From Russia with Love is just an exciting film from start to finish.
Full Review | Original Score: 4.5/5

Jake Tropila
Film Inquiry
From Russia with Love is a complete and total success as both a Bond film and a spy film, loftily enjoying the best of both worlds as it further establishes an indomitable template for more adventures to come.
Full Review

Dwight MacDonald
Esquire Magazine
A comedown from Dr. No, whose brisk parody here slackens into a queasy compromise with the real thing that tries to have it both ways and so fails to have it either way.
Full Review

David Hogan
hoganreviews.co.uk
It has a few sillier moments, but in general it's quite the tense cold war spy film, with some good foreshadowing and a few really good action set pieces.
Full Review | Original Score: 4/5

Zaki Hasan
Zaki's Corner
From Russia With Love perfectly threads the needle between art and commerce, showing us everything that's allowed the series to keep on keeping on.
Full Review

Isabel Quigly
The Spectator
The pace fast and furious and the invention, I suppose, inventive in the sense that a new nonsense always follows hard on the heels of an old nonsense and blow follows blow in crunching virtuosity of method.
Full Review

W. Ward Marsh
Cleveland Plain Dealer
Cliff-hanging, 1964: that's From Russia with Love. That is, you get a complete serial every five minutes, often with a new babe or two falling for James Bond's masculine charms.
Full Review

MFB Critics
Monthly Film Bulletin
The success of Dr. No has no doubt given the James Bond team added confidence, if that was necessary, and From Russia with Love is made by people who clearly know that they now have a gilt-edged formula to play with.
Full Review

Emanuel Levy
EmanuelLevy.Com
The second Bond is one of the best in the series, due to the intriguing plot, sinister villains, and fabulously staged fight aboard the Orient Express.
Full Review | Original Score: A-

Nick Rogers
The Film Yap
It has more in common spiritually with Le Carre than Fleming. Only after James Bond's vulnerabilities have been further exploited than in "Dr. No" does he succeed. "Russia" is about as far as it gets from the biggest Bond, but it's easily the best.
Full Review | Original Score: 5/5

Edward Porter
Sunday Times (UK)
It's not too different from the non-Bond action thrillers of the same era, in which company it falls well short of the top film, North by Northwest. Plenty of period charm, though, and a few of the Bond franchise's most Austin Powers-esque moments.
Full Review | Original Score: 3/5
Do you think we mischaracterized a critic's review?
Go back
More trailers