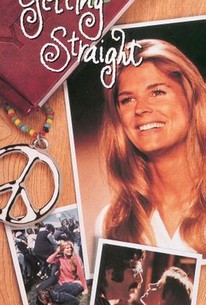 "Movies like Getting Straight are ceasing to be tolerable" complained one conservative movie magazine of 1970. Today, the once-relevant but now merely entertaining Getting Straight is not only tolerable, but downright user-friendly. Elliot Gould plays a Vietnam vet who decides to attend college after his tour of duty. Though much too old and worldly to truly fit in with the naive flower-power generation, Gould becomes swept up in the various activist movements on campus. The leading character's crisis of conscience concerns his field of study: he wants to be a teacher for idealistic reasons, while his Establishment professors try to convince him that it's just another job, and hardly the best one at that. He finally chooses which side he's on while attempting to act as a mediator between students and faculty during a campus riot. Candice Bergen plays Gould's girlfriend, while Robert F. Lyons steals every scene he's in as a draft dodger who'll go to any lengths to avoid military service. Getting Straight represents the final screen appearance of Cecil Kellaway, here cast as a hidebound tenured professor.

Critic Reviews for Getting Straight

Audience Reviews for Getting Straight