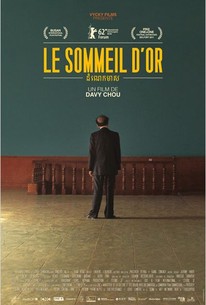 During its Golden Age in the 1960s and early 70s, the Cambodian film industry produced hundreds of feature films - vibrant, energetic movies that incorporated drama, romance, fantasy, and, almost always, elaborate musical numbers and indelible songs - which drew large and devoted audiences. With the rise of the genocidal Khmer Rouge regime in the mid-70s, this cinematic legacy was nearly eradicated - the theaters forcibly closed, the majority of the films destroyed, the directors, writers, and actors largely imprisoned, exiled, or executed. Davy Chou's highly accomplished documentary, GOLDEN SLUMBERS, is hence an invaluable work of cultural excavation and preservation. Through clips from the handful of surviving films, audio recordings of their soundtracks, visits to some of the sites where the films were shot or exhibited, and above all, extended interviews with the filmmakers, producers, performers, and devoted cinephiles who together created and sustained Cambodian film culture during its Golden Age, Chou reconstructs this tragically but intriguingly lost world. Himself the grandson of one of the leading film producers of the time, Van Chann, Chou is no distanced observer, and GOLDEN SLUMBERS is a deeply committed chronicle of a chapter of film (and world) history that can only be directly apprehended in bits and pieces today, but that continues to exist in the memories and stories of its surviving creators and devotees.(c) Icarus

There are no featured audience reviews for Golden Slumbers at this time.