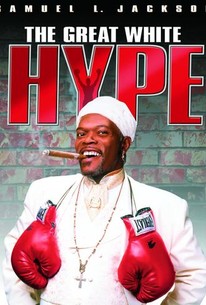 Boxing is more than just a sport -- it's also a business and a con game in this satirical comedy. Rev. Fred Sultan (Samuel L. Jackson) is a shrewd boxing promoter and manager whose meal ticket is heavyweight champion James "The Grim Reaper" Roper (Damon Wayans), a fighter whose skill and confidence significantly outstrips his intelligence. While the top-ranked contender for Roper's title is Marvin Shabazz (Michael Jace), Sultan isn't too keen on the idea of Shabazz fighting Roper -- it seems that both fighters are black, and Sultan's figures show that mixed race matches stir up a lot more media attention and pay-per-view customers. Eager to find a white challenger for Roper, Sultan digs up Terry Conklin (Peter Berg), who won a Golden Gloves fight against Roper many years ago but is now out of the game and fronting a rock band called Massive Head Wound. Thanks to a few bribes and a couple of fixed fights, Sultan is able to arrange for Conklin to be next in line to battle "The Grim Reaper." However, Conklin is taking his renewed career as a boxer quite seriously, while Roper, convinced that Conklin doesn't stand a chance, has let himself go and gained a lot of weight. Suddenly Sultan realizes that Roper might just lose the piece-of-cake fight he's so carefully arranged, while journalist Mitchell Kane (Jeff Goldblum) smells a rat in Conklin's sudden rise to ranking status. Jon Lovitz, Cheech Marin, and Corbin Bernsen highlight the supporting cast, while members of the well-regarded alternative rock band Local H appear as Massive Head Wound.

Duane Davis
as Palace Guard No. 1

Lamont Johnson
as Palace Guard No. 2

Stu Nahan
as Fight Announcer No. 1

Ferdie Pacheco
as Fight Announcer No. 2

Al Rodrigo
as Press Member No. 1

Phil Buckman
as Lee the Drummer

Bert Randolph Sugar
as Himself

Tim Kawakami
as Himself

Brad Blaisdell
as Press Corps No. 1

James Hardie
as Press Corps No. 2

Brian Setzer
as Himself

Method Man
as Himself

Deezer D
as Roper's Crony No. 2

Reno Wilson
as Roper's Crony No. 3

Leon Frederick
as Roper Cornerman No. 1