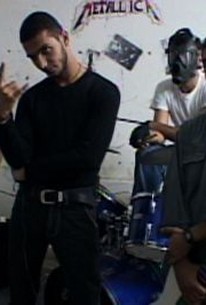 Despite being a Gonzo-esque rockumentary following the fortunes of Iraq's one and only heavy metal band, Acrassicauda, Heavy Metal is actually a moving and impassioned account of the middle-east crisis.

VICE Magazine co-founder Suroosh Alvi and VICE Films head Eddy Moretti embark on a gonzo journey to meet Iraq's only heavy metal band in a freewheeling documentary focusing on youth culture in war-torn Iraq. In the summer of 2005, shortly after Saddam Hussein's brutal rule came to an end, Iraqi heavy metal group Acrassicauda (named after an especially venomous breed of black scorpion) teamed with VICE Magazine to stage a sold out rock concert. Over a year later, VICE co-founder Alvi and filmmaker Moretti travel back to the Middle Eastern country to find out how the war has affected the band. What they find upon arriving for their reunion with Acrassicauda is especially disturbing. These are the images that the network news refuses to run - the story of an entire generation who risk their lives simply by standing in the open, and who are driven from their homeland by bombs and machinegun fire. In order to even practice, the band would have to risk their lives by exposing themselves to both Iraqi snipers and suspicious coalition forces. Then again, after your studio has been bombed into the ground what's the point in rehearsing anyway? ~ Jason Buchanan, Rovi