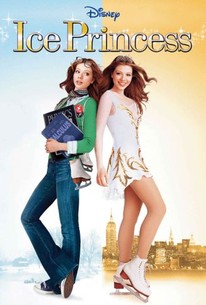 This likable Disney film gets points for effort, but can't stick the landing when it comes to originality.

A teenager is torn between her desire to please her mother and following her own ambitions in this family-friendly comedy drama. Casey Carlyle (Michelle Trachtenberg) is a high-school student who has a keen mind for math and looks to be on the fast track to Harvard, which is just the way her mother (Joan Cusack) wants it. However, Casey also has a dream of becoming a competitive ice skater, which is not a popular notion with either Casey's mom or her school's clique of aspiring skaters, led by the egocentric Gen (Hayden Panettiere). However, one day at the rink Casey wins the attention of Tina (Kim Cattrall), a former skating champion who now trains her daughter and is trying to live down an incident that grounded her career on the ice. Tina thinks Casey has what it takes to be a champ, but neither Gen nor Casey's mother are happy with this news, leaving Casey and Tina to go it alone, though Casey soon wins the emotional support of Teddy (Trevor Blumas), Gen's handsome older brother. Ice Princess also features champion skater Michelle Kwan in a small role as herself, doing television commentary at a skating event.

Michelle Kwan
as Herself

Brian Boitano
as Himself