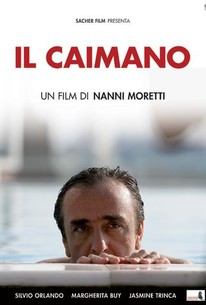 Controversial Italian Prime Minister Silvio Berluscoi is just one of the targets of writer and director Nanni Moretti's satiric focus in this sharp comedy-drama. In the 1970's, Bruno (Silvio Orlando) was one of Italy's most daring and best-respected filmmakers, while his wife Paola (Margherita Buy) was a leading box-office star. However, come the new millennium, things are a whole lot different for Bruno -- Paola is divorcing him, his production company is on the verge of bankruptcy, and he can't get a new project off the ground. When Teresa (Jasmine Trinca), a young woman down on her luck, approaches Bruno with a script, he agrees to take on the project, even though he hasn't read it and doesn't know how he'll raise the money. Bruno discovers he's put himself in hot water when he reads the screenplay and discovers it's a frontal assault on Silvio Berluscoi that doesn't shy away from allegations of his connection to organized crime, tax evasion, bribery and influence peddling. While Italian firms won't dare touch the project, Bruno discovers a Polish financier (Jerzy Stuhr) who will put up the money, but under one condition -- Bruno has to persuade box-office idol Marco Pulici (Michele Placidio) to play Berluscoi. Il Caimano (aka The Caiman) received its North American premier at the 2006 Toronto Film Festival. ~ Mark Deming, Rovi

Elio De Capotani
as The Caiman

Antonio Petrocelli
as The Caiman's Lawyer

Nanni Moretti
as The Caiman
View All