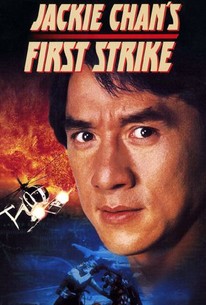 Ever wondered what a James Bond movie might be like if (a) Bond was from Hong Kong, (b) he was too busy to chase women or drink martinis, and (c) he spent a lot more time kicking people? Well, Jackie Chan gives us an idea of what the results might be as he plays a superspy in this funny and fast-moving action saga. Jackie (Jackie Chan) is a top cop from Hong Kong whose services are enlisted by the American CIA to follow a woman named Natasha (Grishajeva Nonna) who is travelling to the Ukraine. Natasha is smuggling U.S. currency into the former Soviet Union -- enough of it that a terrorist named Tsui (Jackson Lou) has been able to purchase a nuclear warhead from the Russian Mafia on the black market. Joining forces with Russian intelligence, Jackie and Ukrainian agent Gregor (Yuri Petrov) follow Tsui's trail to Australia, where Annie (Chen Chun Wu), the terrorist's sister, works at an oceanic theme park and uses deadly sea creatures to protect the illegally-obtained warhead. As usual, narrative takes a back seat to Chan's peerless action sequences and stunt work, including a chase of snowboards, a battle with sharks, and a memorable fight in which Chan proves that a ladder can be a splendid strategic weapon. As with many of Chan's films, Police Story 4: First Strike has been released under a multitude of titles in different territories, including Jackie Chan's First Strike, Police Story 4: Piece of Cake, and Police Story 4: Story of the CIA. ~ Mark Deming, Rovi