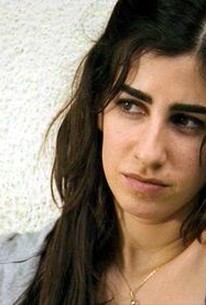 This French-German-Israeli co-production helmed by director Keren Yedaya observes the heartbreaking tragedy that erupts from an affair between a young Jewish woman and an Arab mechanic. Mali Wolf (Dana Ivgy) is the daughter of garage proprietor Reuven (Moni Moshonov) and his wife Osnat (Ronit Elkabetz); Reuven employs two Arabs, father and son Hassan (Hussein Yassin Mahajneh) and Tawfik (Mahmoud Shalaby) at his shop. He shows them basic respect, though an undercurrent of racial hostility bubbles beneath the surface among all concerned. Meanwhile, Mali and Tawfik nurture a discreet relationship -- so discreet that no one else realizes what is happening -- and in seemingly no time, Mali realizes that she is pregnant with Tawfik's daughter, but deliberately avoids telling him. Things come to a head at the shop when Tawfik gets into a brawl with Mali's hotheaded brother Meir (Roy Assaf), ends up killing the young man, and gets shuttled off to prison. Mali breaks up with Tawfik, but decides to have the baby and lies to her parents, informing them that the father is a married man and will remain out of the picture. All bodes well with the child and the family for nine years, until Tawfik gets out of prison, still unaware of the presence of his daughter Shiran (Lili Ivgy). For a stylistic model, Yedaya emulates the approach of slick Egyptian melodramas.