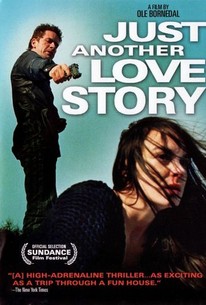 An intense foreign language noir, Just Another Love Story uses some generic methods to tell its tale of mistaken identity but is sharply entertaining nonetheless.

Nightwatch director Ole Bornedal returns to quicken the pulse of thriller fans with this genre-bending tale of a crime scene photographer and family man who is violently shaken out of his suburban malaise following a fateful car accident. Jonas makes his living by capturing gruesome crime scenes in all of their lurid detail, yet lately the beleaguered shutterbug has grown increasingly despondent in both his career and his personal life. One day, while driving through the city, Jonas is involved in a car accident with a young woman named Julia. Unconscious due to the impact of the crash, Julia is rushed to the hospital. Later, a concerned Jonas makes a special trip to check in on Julia, and finds her comatose in her hospital bed and surrounded by loved ones. Having never actually met her boyfriend Sebastian, Julia's family immediately assumes that Jonas is the man they've all heard so much about as of late. While Jonas is all too willing to step into the role for the time being, his ruse grows complicated when Julia awakens with amnesia, and the real Sebastian begins to grow curious about the intruder that has stolen his identity. ~ Jason Buchanan, Rovi