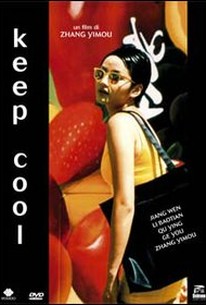 Utilizing a hand-held camera to create a frantic, off-balance effect that is radically different from the techniques with which he made his films best known to Western audiences Raise the Red Lantern and Ju Dou, Chinese filmmaker Zhang Yimou has made a fast-paced modern comedy that serves as an allegory for the state of China in the late 1990s. The story's protagonist is Xiao Shuai, a bookseller who falls in love with the seductive, free-spirited An Hong. To learn her address, Xiao follows her, but An spurns his advances. He refuses to give up; eventually she caves in and invites him to her home for some quick love. Unfortunately they start, but are interrupted at a crucial moment. Later Xiao is accosted by the burly henchmen of An's new lover, a sleazy nightclub owner. They are beating him like an old rug when Lao Zhang, an old researcher, intervenes. During the scuffle, his prized laptop computer is smashed and later, he demands that Xiao replace it. But Xiao cares nothing for the destroyed laptop; he only wants revenge upon his attackers. Together he and Lao arrange to meet the villains in their club for a showdown. ~ Sandra Brennan, Rovi

Ying Qu
as An Hong

You Ge
as The Policeman

Zhang Yimou
as The Peddler

There are no critic reviews yet for You hua hao hao shuo (Keep Cool). Keep checking Rotten Tomatoes for updates!

There are no featured audience reviews for You hua hao hao shuo (Keep Cool) at this time.