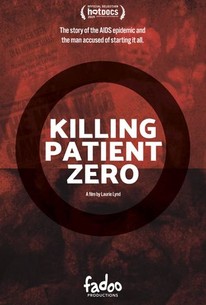 After the Stonewall riots and at the height of the gay liberation movement in America, an entire generation were busy celebrating their newfound emancipation, unaware of an impending epidemic. A disease that seemed determined to wipe out an entire generation of gay men, was largely ignored by politicians and the mainstream media. Gaetan Dugas was a French-Canadian flight attendant, who offered to help early scientific research into the origins of AIDS. An unfortunate series of events followed and he would be vilified as Patient Zero, the man who gave us AIDS.

There are no featured audience reviews for Killing Patient Zero at this time.