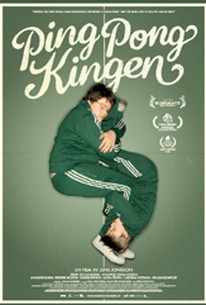 In icy Sweden, 16-year-old Rille faces a daily grind, trying to get through life's hassles with grace. Plump and moody, he's the butt of many a school joke and only an onlooker where girls are concerned. Home life presents its own challenges: his single mom is dating a nerdy older man, his absent father (a professional underwater diver) is charismatic but undependable and usually drunk, and Rille and his younger brother, Erik, struggle to feel grounded in the domestic game of musical chairs.

Rille's one refuge is ping pong. He's an accomplished player and supervises a community ping-pong program for kids, acting as mentor and, okay, a sort of self-appointed king over his younger subjects. The entire formula of Rille's life makes for a tenuous equilibrium, and this is threatened when family secrets are accidentally disclosed, setting Rille and Erik on an emotional collision course. But in his pained progress toward the chaotic adult world, Rille occasionally catches a glimpse of the possibility of surviving and thriving.

Director Jens Jonsson renders this delicate story with finesse and a quiet humor that infuses everyday drama, and even a few shocking moments of near calamity, with lightness and warmth. Outwardly quiet, but abuzz with emotional interest, King of Ping Pong is a lovingly etched portrait of the awkward years, certain to be familiar to many filmgoers. --© Sundance Film Festival