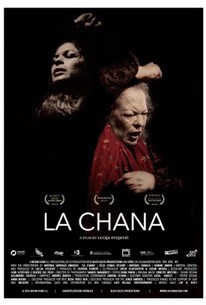 "I was born to dance. I would lay awake all night long, repeating the rhythms in my head until they became a part of me." -La Chana Antonia Santiago Amador, known as La Chana, is 67 years old. She is helped onto an empty stage and settles into her chair with difficulty. Then her feet begin to move. With closed eyes, she combines intricate rhythms at an ever-faster pace. Her body and soul finally succumb to the beat. She comes alive. In the 1960s and 1970s La Chana was one of the biggest stars in the flamenco world. The self-taught Gypsy dancer rose to the scene at the height of the Golden Era of flamenco, surprising audiences worldwide with a style that was innovative: rhythmic combinations that were nontraditional and a speed, an expression and a power while dancing that were unprecedented. Her shows were advertised on larger-than-life sized billboards across Madrid. Peter Sellers, with whom she features in the film The Bobo (1967) invited her to Hollywood. But she didn't go. Instead, at the zenith of her career, she suddenly disappeared from the scene. As we follow the backstage drama leading to La Chana's final seated performance in 2013, she unravels her turbulent life story and reveals the secret that cut short her promising career: for 18 years she was a victim of domestic abuse at the hands of her first husband. La Chana isn't about regret for a life that could have been but about La Chana's strength to keep overcoming difficult life circumstances that are. It's a story about the process and power of creation, about love, friendship and re-invention. La Chana takes us deep into the essence of her passion and reveals a poetic and inspiring story that crystallizes the inevitable clashes between her life's extremes and contradictions; between the artist on stage and the woman behind the scenes.

There are no featured audience reviews for La Chana at this time.