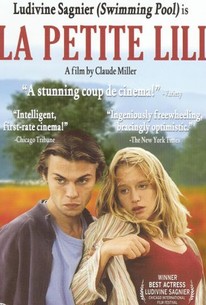 When the young and overly sensitive filmmaker Julien screens his new DV art-film starring his girlfriend Lili--a sexy young local girl--to his famous actress mother Mado, and her lover Brice, an accomplished film director, an unraveling of the delicate peace in their house begins. The graceful beauty Lili, who dreams of becoming a famous actress like Mado, is immediately fascinated by Brice, who gladly falls prey to her charms. Lili's ambitions will stop at nothing and she soon seduces Brice into leaving Mado to take her to Paris so she can become a movie actress. Mado and Julien are left to pick up the pieces of their disrupted lives, and for Julien the loss is almost fatal. Five years later, Julien, now a more established filmmaker, remakes a fictionalized account of this disastrous love quadrangle, which nearly destroyed him. He reunites the characters--based on Mado, Brica and Lili--in his first, highly autobiographical, feature film. In real life, Lili is no longer with Brice, but indeed, she has become a famous actress. When she learns of Julien's new film, and that it's about that tempestuous summer of five years past, she tries to reconnect with him.

Michel Piccoli
as Actor Who Plays Simon
View All