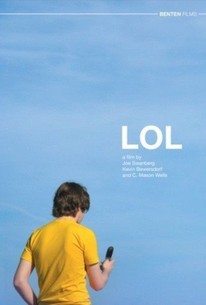 The constant need to be plugged in and connected threatens to crash the real-life operating system of three technologically obsessed twentysomethings in director Joe Swanberg's humorous meditation on the relationship between man and machine in modern society. Tim does computer work for a living, but he also lives for his computer. Unfortunately his inability to snap the lid closed on his laptop is rapidly alienating his girlfriend Ada, who recognizes Tim's apparent inability to communicate with other people without the buffer of technology. Meanwhile, as struggling musician Alex obsesses over a girl he met on an adult website, a flesh-and-blood girl named Walter does her best to make her attraction to Alex known. Lastly, Chris has transferred from New York to Chicago due to the demands of his job, making a long-distance relationship with his East-coast girlfriend Greta increasingly difficult to maintain. Though the pair talks constantly on their cell phones while also sending cell-phone pictures to one another, neither Chris nor Greta can deny that their reliance on technology in sustaining their relationship is no substitute for the living, breathing warmth of human companionship.

Laura Lippert
as Flirt at Party

There are no featured audience reviews for LOL at this time.