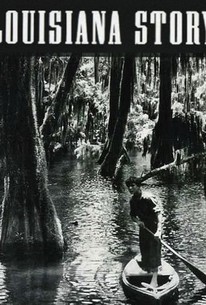 Documentary film pioneer Robert Flaherty's last feature is his most beautifully photographed work, but it also proved to be his most controversial as well. Sponsored by Standard Oil, the film can be seen as a paean to the minimal effect an oil company can have on the wilderness it seeks to exploit. Flaherty also picked a cast of amateur players to act out a simple story of a young Cajun boy (Joseph Boudreaux) and his parents living in Louisiana's magnificent bayou country almost side-by-side with a huge oil derrick, so the film's status as a nonfiction film has been challenged. The boy is at first disturbed by the clanging machinery, but the workers at the derrick soon show him the benefits of their labors and promise to leave the land unscathed when they've finished drilling. Aside from the arguable message the film's sponsor promotes, Flaherty's film is a continuation of his lifelong exploration of man's relationship to his natural environment, in such films as Nanook of the North and Man of Aran.

Joseph Boudreaux
as The Boy

Lionel LeBlanc
as The Father

E. Bienvenu
as The Mother

Mrs. E. Bienvenu
as His Mother

Frank Hardy
as The Driller

C.P. Guedry
as The Boilerman

C.T. Guedry
as His Boilerman
View All

There are no featured audience reviews for Louisiana Story at this time.