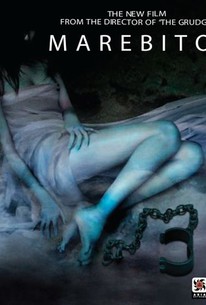 The scares are lacking in this J-horror flick, and the plot soon turns half-baked.

Terror takes on both human and mechanical form in this independent horror film from Japanese director Takashi Shimizu. Masuoka (Shinya Tsukamoto) is a freelance photographer who has become malignly obsessed with fear. Masuoka believes there is a physical component to terror, and he is determined to find it. While his rattrap apartment has become a shrine to documents of fear, he's particularly fascinated with a videotape of Furoki (Kazuhiro Nakahara), a disturbed man committing suicide in a Tokyo subway tunnel by stabbing himself in the face. Masuoka think if he can recreate Furoki's experience, he might be able to find out what he saw at the edge of panic, and after throwing away his antidepressants he makes his way down to the place where the suicide was recorded. Masuoka finds a mysterious passageway in the tunnel, and discovers Furoki is alive and unwell underground. Masuoka also learns of a strange breed of robots who terrify people both beneath the Earth and on the surface; he also finds a strange feral woman and attempts to rescue her, but someone else has already claimed her, and wants her back immediately. Marebito (aka The Stranger From Afar) stars Shinya Tsukamoto, himself a noted Japanese horror filmmaker, best known for his experimental feature Tetsuo (aka Ironman). ~ Mark Deming, Rovi