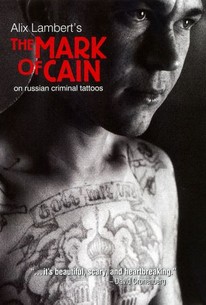 The Mark of Cain

Two English G.I.s find themselves blamed for the widespread corruption of the War in Iraq in this timely drama. Mark (Gerard Kearns) and his friend Shane (Matthew McNulty) are a pair of British soldiers who are sent to Iraq, where they've been assigned duty as guards in a holding facility for Prisoners of War. While the official command is that the prisoners are to be treated with care and respect, Mark and Shane soon learn this isn't always the practice, and that it's considered a good thing to occasionally rough up prisoners so that their compatriots will understand not to get cross with the British. While incidents of violence and humiliation are the exception rather than the rule, that changes after the base commander is killed in a terrorist attack, and Corporal Gant (Shaun Dooley) decides the prisoners should pay for the acts of the Iraqi insurgents. Before long, random torture and abuse of the prisoners is commonplace, and when Shane returns home, he shows photos of his misdeeds to his girlfriend Shelly (Naomi Bentley). When Shelly learns that Shane has been unfaithful to her, she hands Shane's photographs of the abuse of prisoners to a reporter, and soon Shane, Mark and their comrades are at the center of an international scandal. The British military is willing to back Gant and his superiors who condoned the abuse, but they're not about to defend soldiers like Mark and Shane, and soon they've been made scapegoats for crimes they committed but did not instigate. The Mark of Cain won the "Movies that Matter" Award (a prize sponsored by the international human rights group Amnesty International) at the 2007 Rotterdam Film Festival.

Critic Reviews for The Mark of Cain

There are no critic reviews yet for The Mark of Cain. Keep checking Rotten Tomatoes for updates!

Audience Reviews for The Mark of Cain

There are no featured audience reviews for The Mark of Cain at this time.

The Mark of Cain Quotes