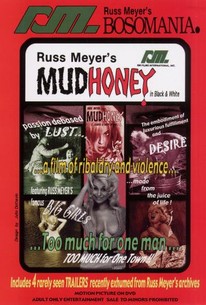 California McKinney (John Furlong) is hitchhiking to the state he was named for after serving a five-year sentence for manslaughter. He runs out of money in Spooner, MO, and finds work at a farm run by Lute Wade (Stuart Lancaster) and his niece, Hannah Brenshaw (Antoinette Christiani). All Calif wants is to do is work quietly until he can save enough money to keep on moving, but Hannah's drunken husband, Sidney (Hal Hopper), takes it upon himself to verbally and physically abuse him, as he does his own wife and any one else who crosses his path. Sidney spends most of his time drinking corn liquor at the local whorehouse and bragging about his plans to sell the farm after the sickly Uncle Lute dies. However, the goodhearted Calif and the long-suffering Hannah are falling in love, and Lute arranges his will so that Sidney can't lay claim to the estate after his death. The desperate Sidney plots with the local preacher (Franklin Bolger) to exploit the small town's gossipy nature with lies about Hannah's virtue, though his conniving is undone when he commits an insane, jealous crime and finds himself the target of a bloodthirsty vigilante group.