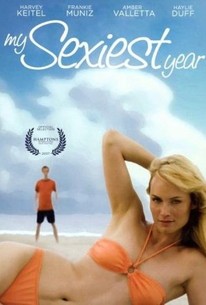 A teenager out of his element makes a shaky transition to adulthood in this bittersweet comedy drama set in the mid-Seventies. Jake (Frankie Muniz) is a seventeen year old growing up in Brooklyn who dreams of some day making his living as a writer. Jake is being raised by his mother Faye (Frances Fisher) in the wake of his parents' divorce, but she decides to send him to Florida to spend some time with his father, a racetrack tout who calls himself Zowie (Harvey Keitel), when she learns she's seriously ill. While traveling to Florida, Jake strikes up a friendship with cheerful stoner Rickie (Ryan Cabrera), who is a student at the same Miami high school Jake will be attending. Rickie invents a wildly colorful history for his new pal, and soon everyone at school is in awe of the party animal with the wealthy father from New York, even though none of what Rickie has told them is true and Jake has trouble keeping track of his new life history. While a few of the girls at school seem to like Jake, his head is turned by Marina (Amber Valletta), a beautiful model he meets when she's doing a photo shoot at the beach. While Mariana is in her early thirties and clearly out of Jake's league, she's charmed by his sweetness and sincerity, and the two strike up a friendship that grows into something much more intimate. Meanwhile, Zowie is in dutch with a handful of loan sharks and trying to end a serious losing streak at the track while wondering what to make of his son, whose career choice doesn't much impress him. My Sexiest Year also stars Haylie Duff, Karolina Kurkova and Daphna Kastner.

Harvey Keitel
as Zowie
View All

Critic Reviews for My Sexiest Year

There are no critic reviews yet for My Sexiest Year. Keep checking Rotten Tomatoes for updates!

Audience Reviews for My Sexiest Year

There are no featured audience reviews for My Sexiest Year at this time.