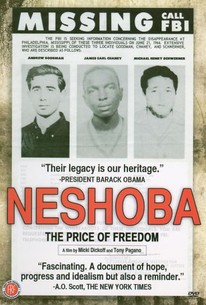 Neshoba County was a quiet part of Mississippi that suddenly faced the scrutiny of the world in 1964 when three civil rights activists -- Jewish New Yorkers Michael Schwerner and Andrew Goodman and African-American Mississippian James Chaney -- were captured by members of the Ku Klux Klan after they were arrested for speeding. The three men were found murdered after a careful search, but despite overwhelming evidence, three of the Klansmen who committed the crime went free when their jury could not deliver a verdict. One of them, Edgar Ray Killen, bragged at length to friends and acquaintances about his role in the murder, and in 2004 a group of Mississippians came forward to demand a new trial for Killen, hoping to see justice done at last. However, bringing Killen to trial proved no simple task; filmmakers Micki Dickoff and Tony Pagano examine the crimes of 1964, the efforts to retry Killen, the mixed emotions of the community, and the curious life of the unrepentant racist criminal in the documentary Neshoba. The film was an official selection at the 2009 San Francisco Documentary Film Festival.

There are no featured audience reviews for Neshoba at this time.