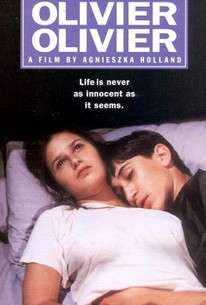 Olivier, the nine-year-old son of a country veterinarian, vanishes one afternoon on the way to his grandmother's house. The emotional aftermath of his disappearance sends his father packing from France to Africa and nearly destroys his mother, who clings to her remaining child, Nadine, and her devoted neighbor, Marcel. Several years later, having relocated to the city, the police investigator who handled the case meets a Paris rent boy whom he believes to be the missing Olivier. Once he returns to his rural home, the teenaged Olivier tries to assuage his mother's now-entrenched grief and heal the rift between his reunited parents. Meanwhile, he must overcome his brooding, adolescent sister's jealousy and doubts about his identity and reconcile his sleazy street life with his picturesque new surroundings. Questions about the tight-lipped Olivier's true motivations continue to crop up, however, threatening to send his mother over the edge for good.

Emmanuel Morozof
as Olivier as a Child

Faye Gatteau
as Nadine as a Child

Carole LeMerle
as Babette as a Child

Jean-Bernard Josko
as The Cop

Lucrece De LaChenardicere
as The Neighbor

Madeleine Marie
as The Grandmother

Francoise Lorente
as The Drug Addict

Vanessa Martin
as Babette as an Adolescent

There are no featured audience reviews for Olivier Olivier at this time.