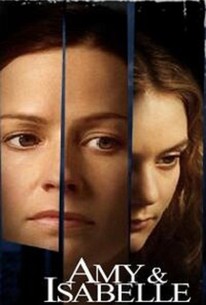 Executive produced by Oprah Winfrey, the made-for-TV Oprah Winfrey Presents: Amy & Isabelle was based on the bestselling 1999 novel by Elizabeth Strout. The scene is the mining town of Shirley Falls, ME; the year is 1971. Seeking escape from the iron rule of her domineering, social-climbing single mother, Isabelle (Elisabeth Shue), shy teenager Amy (Hanna R. Hall) falls under the seductive spell of her new math teacher, Mr. Robertson (Martin Donovan). Meanwhile, Isabelle, who may not be as straight-laced as she appears, develops a yearning for her married boss, Avery Clark (James Rebhorn), who barely acknowledges the woman's existence. The tensions between Amy and Isabelle, already heightened by their separate romantic travails, is exacerbated when the two women find themselves working together in the same accounting office. While the rest of the town buzzes with vicious gossip concerning the two heroines, the story takes on a disturbing new tangent when the body of a young girl is found stuffed into the trunk of an abandoned car. Also known as Amy & Isabelle, this film was first aired by ABC on March 4, 2001.

There are no critic reviews yet for Oprah Winfrey Presents: Amy & Isabelle. Keep checking Rotten Tomatoes for updates!

There are no featured audience reviews for Oprah Winfrey Presents: Amy & Isabelle at this time.