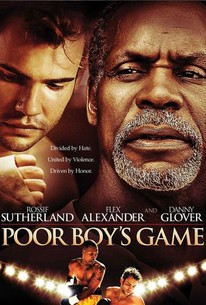 Released from prison after serving ten years for pummeling his opponent to the point of inflicting severe brain damage, working class pugilist Donnie Rose (Rossif Sutherland) finds his efforts to start life anew complicated by simmering racism and long-suppressed vengeance. In the aftermath of Donnie's notorious bout with aspiring boxer Charlie Carvery (K.C. Collins), racial tensions in Halifax, Nova Scotia sharply divided the community between black and white. During his sentence Donnie not only honed his boxing skills to near perfection, but he also entered into a furtive affair with his black cellmate - a fact which he struggles to keep from his deeply prejudiced brother Keith (Greg Bryk. Though Charlie's vengeful father George (Danny Glover) has long looked forward to the day he will take revenge on the man who destroyed his son's life, the conflicted father discovers that he simply isn't a killer when finally given the opportunity to pull the trigger on Donnie. Subsequently offered $20,000 to step into the ring with fearsome local boxing champion Ossie Paris (Flex Alexander) for a high profile grudge match that will surely spell his doom, Donnie soon finds help coming from the most unlikely of places.

Carol Sinclair
as Abigail
View All