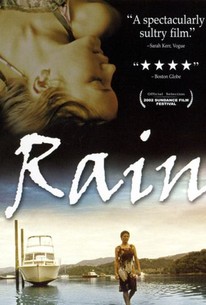 Love, death, and troubling secrets lurk beneath the surface of a quiet Iowa farming community in this independent drama. Ellen Biddle (Melora Walters) is a Iowa housewife who has reached the breaking point -- a drought is devastating the family farm, creditors threaten to foreclose on the property, and Ellen learns her husband, Paul (Tahmus Rounds), has been sleeping with Patsy (Jo Anderson), the unsatisfied wife of the town sheriff, Tom Gibson (Jamey Sheridan). One night, Paul comes home late from spending the evening with Patsy, and Ellen murders him with a shotgun. After cleaning up the scene of the crime and disposing of Paul's body, Ellen tries to go on with her life, but Tom -- with whom Ellen had a fling many years before -- begins poking around, seemingly interested in starting up with her again, though Ellen's mother (Diane Ladd) warns her daughter to keep her distance. Meanwhile, Tom is also running for mayor, but the behavior of his loose-cannon son, Richard (Kris Park), is quickly becoming a liability, while Richard finds an unlikely ally in his private war against his father in Ellen. Katherine Lindberg's debut feature was one of two films called Rain which was screened at the 2002 Sundance Film Festival.

Ellen Muth
as Jenny
View All

There are no critic reviews yet for Rain. Keep checking Rotten Tomatoes for updates!

There are no featured audience reviews for Rain at this time.