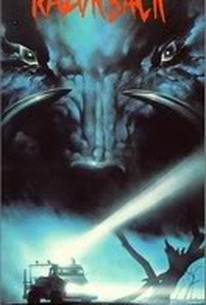 Before he directed the cult classic Highlander (1986), music video creator Russell Mulcahy adapted this stylish, tongue-in-cheek horror film from the novel by Peter Brennan. Gregory Harrison stars as Carl Winters, a grief-stricken American husband who has come to a remote corner of Australia to seek answers in the death of his wife, a TV journalist who was investigating a story on kangaroo poaching. Carl meets Jake Cullen (Bill Kerr), a man obsessed with hunting down what he says is an enormous razorback boar that consumed his grandson. Although he was acquitted, most of the locals believe that Jake murdered the boy himself and invented the crazy story about a giant pig. Jake tells Carl that he believes the razorback is also responsible for his wife's death. At first skeptical, Carl becomes a believer when he encounters the beast. He and Jake track it to a dog food processing plant, where the owners are illegally butchering kangaroos for industrial use. The factory operators are also feeding the dog food to the gigantic razorback, increasing its size and carnivorous appetite. Joined by farmer Sarah Cameron (Arkie Whiteley), Carl and Jake set out to kill the powerful mutant. ~ Karl Williams, Rovi

Don Lane
as Himself

Who’s Up for Some More "Scorpion King"?
"Highlander" Helmer to Tackle Third "Resident" Entry
View All