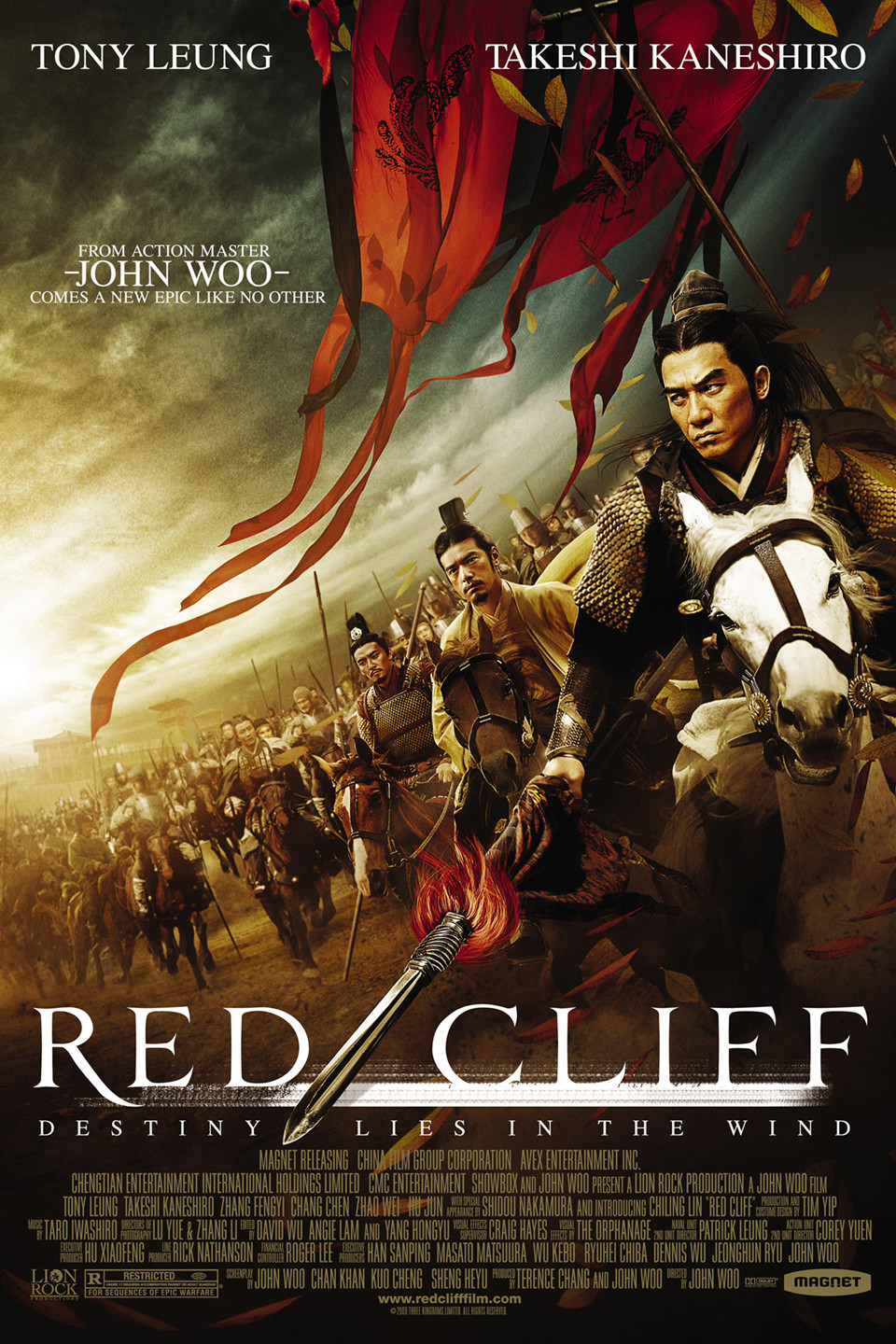 Eileen Jones
The eXile
The star, Tony Leung, isn't even handsome, but he's got this wonderful, intelligent, melancholy expression that's worth more than all the handsome there is.
Full Review

Christoph Huber
Cinema Scope
... its structure and satisfactions are more conventional, but the overall conception is as remarkable.
Full Review

Louis Proyect
rec.arts.movies.reviews
Thank god that Woo left Hollywood. This is the masterpiece he was destined to make.
Full Review

Sean Axmaker
Seanax.com
... a magnificent military epic with the scale of Lord of the Rings and the grand visual majesty of the recent wave of Chinese historical epics...
Full Review

Rob Thomas
Capital Times (Madison, WI)
It's like the most complicated game of Stratego ever. Still, if you used to while away Saturday afternoons watching martial arts epics on cable, you'll have a good time.
Full Review | Original Score: 2.5/4

Marc Savlov
Austin Chronicle
You may have the biggest flat-screen DLP monitor in the city, but Red Cliff will never look half as spectacular as it will on the big -- and I mean really big -- screen.
Full Review | Original Score: 3/5

Philip Martin
Arkansas Democrat-Gazette
John Woo's best work has always been mysterious to me. He makes operas - we don't need to understand the words to sense their power.
Full Review | Original Score: 86/100

Keith Cohen
Entertainment Spectrum
This is one of the best foreign language films of 2009. Woo demonstrates a storytelling style of swiftness and grandeur that has been compared to the samurai classics of Akira Kurosawa.
Full Review | Original Score: 3.5/4

John Beifuss
Commercial Appeal (Memphis, TN)
It reminded me of a Road Runner cartoon. The battlefield violence is essentially repetitious, but Woo -- the auteur as Wile E. Coyote -- introduces gimmicks ('the tortoise formation'), tricks and variations to keep things interesting.
Full Review | Original Score: 3/4
Do you think we mischaracterized a critic's review?
Go back
More trailers