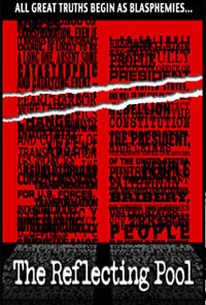 A Russian-American journalist and the grieving father of a 9/11 victim join forces to challenge the government's official account of the events that unfolded on that fateful and tragic day in this incendiary thriller from director Jarek Kupsc. When successful journalist Alex Prokop (Kupsc) receives a unique videotape that reveals newly discovered information about the terrorist attacks on New York City and Washington, D.C., he makes it his mission to find out as much as possible about the explosive new development. The sender of the tape was Paul Cooper (Joseph Culp), an American patriot whose daughter perished in those terrorist attacks and who now believes that the U.S. government is to blame for those horrific events. As Prokop and Cooper interview various eyewitnesses to the attack, stories of underground explosions in the Twin Towers immediately before the attack and the revelation that the president's brother presided over the WTC security staff finds the official story slowly crumbling under the weight of the unspeakable truth. Before long, the FBI begins pressuring Alex's editor, Georgia (Lisa Black), to reveal key sources and the magazine's investors are threatening to kill the entire story. Haunted by memories of his childhood in Communist Russia, Prokop vows to unearth the truth regardless of the damage it may do to his career.

Michael A. Shepperd
as Mjr. Fredericks

Critic Reviews for The Reflecting Pool

Audience Reviews for The Reflecting Pool

There are no featured audience reviews for The Reflecting Pool at this time.