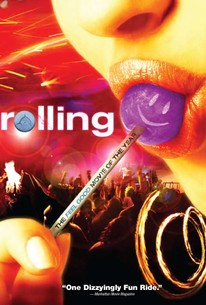 The giddy highs and crushing lows of Ecstasy use are felt by a group of people looking to escape their troubles in this independent drama. It's Friday night in Los Angeles, and a handful of young hipsters are on their way to a massive rave party at a Los Angeles warehouse. Twentyish Summer (Rachel Hardisty) is looking for an evening of casual fun after breaking up with Josh (Joshua Harper), a high school kid who was taking things to seriously for her taste. Matt (Brian William Toth) is happy to have ended a bad relationship with his latest boyfriend, and is looking forward to blowing off some steam with his friend Samantha (Christine Cowden), a self-centered would-be actress. Dan (Albert Rothman) devotes his days to burning through his trust fund, and is looking for any excitement the night has to offer. Sarah (Angie Greenup) is a high school teacher who just wants to forget her work for a few hours. And Dustin (Garrett Brawith) is a drug dealer who is on shaky emotion ground after his girlfriend Rain (Sanoe Lake) walked out on him; what he doesn't know is she was pregnant with his child but had an abortion and is now wary of him. Nearly everyone at the party is looking for romance and hungry for Ecstasy, the club drug that's become de rigueur among ravers, and Dustin is more than happy to supply their demand. But a batch of tainted Ecstasy has been making the rounds; it's already claimed the lives of three users, and there's no telling where the deadly drugs will pop up next. Rolling was the first feature film from writer and director Billy Samoa Saleebey.

There are no critic reviews yet for Rolling. Keep checking Rotten Tomatoes for updates!

There are no featured audience reviews for Rolling at this time.