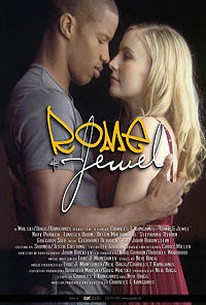 The African-American son of a Compton minister and the Caucasian daughter of the mayor of Los Angeles enter into a forbidden interracial romance in this contemporary hip-hop-infused retelling of William Shakespeare's Romeo and Juliet. Reverend Q may be a man of the cloth, but when his son Rome (Nate Parker) begins dating rebellious blonde beauty Jewel (Lindsey Haun), father and son are driven apart by bigotry and hatred. Does Jewel truly love Rome, or is her devilish grin actually an indicator that the spontaneous 16-year-old is just playing games by dabbling in the forbidden? Later, when Rome and Jewel abscond to Los Angeles to elope, spliff-smoking DJ/drug dealer Mercury sells his soul in order to return from the grave and track the two lovers down. Will Rome and Jewel actually exchange vows, and why has Mercury entered into such a dire pact in order to destroy their romance? As the journey gets under way, passions flair and old grudges threaten to drive these star-crossed lovers toward a bitter and tragic end. ~ Jason Buchanan, Rovi

Faith Yascone
as Jasmine
View All

Critic Reviews for Rome and Jewel

Audience Reviews for Rome and Jewel

There are no featured audience reviews for Rome and Jewel at this time.