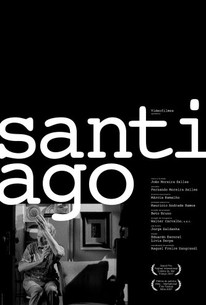 In the early 1990s, Brazilian director João Moreira Salles (the brother of Central Station director Walter Salles, who hailed from a well-to-do background) - commenced work on a documentary about his family's flashy butler, Santiago, who had worked in-residence for the family since João was a boy. The film began as a traditional biographical documentary portrait of Santiago, an amazing character who spent an unholy amount of off time locating, organizing, sorting and filing information about the history of various wealthy and culturally elite families around the world. Salles did not shoot this original black-and-white footage spontaneously; it consists almost exclusively of Santiago acting out pre-determined, directed scenes in his own kitchen, or by his bookshelves, showing off his collected and assembled work - rich with descriptive, detailed reminiscences by the butler. Salles's film remained unfinished for a decade and a half, and in the interim, Santiago died. 15 years later, Salles picked up the black-and-white footage and edited it together with his own narration, which - when coupled with the director's recollections - provides an extended meditation on memory, the nature of identity and the essence of documentary work per se. ~ Nathan Southern, Rovi

There are no critic reviews yet for Santiago. Keep checking Rotten Tomatoes for updates!