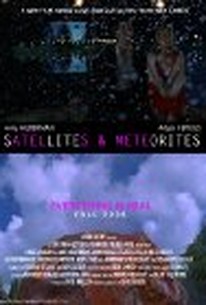 Director Rick Larkin takes the helm for this playful romantic fantasy that unfolds in the subconscious minds of two immobilized coma patients. Daniel is a novelist whose overactive imagination has a tendency to run wild, and Lucinda is a quirky satellite engineer who can't help but being drawn to Daniel after the two share what seems to be a chance encounter. As their timid romance gets underway, the sky becomes awash with color during one of the most intense meteor showers in recent history. Not only does the meteor shower create a dazzling spectacle in the night sky, however, it also destroys much of the planet's global satellites network as well. Of course nothing so vivid and beautiful can exist in reality, and it's soon revealed that the closest Daniel and Lucinda have ever come to meeting in real life was during a recent car accident that sent them both into a deep coma. As the two dream lovers both lie comatose in the same hospital, their dreams become more worrying as doctors get closer to waking them from their involuntary slumber. Now that the real world is just the blink of an eye away, Daniel and Lucinda realize that their only hope for holding onto love is to finally let go of reality. ~ Jason Buchanan, Rovi

There are no critic reviews yet for Satellites & Meteorites. Keep checking Rotten Tomatoes for updates!

There are no featured audience reviews for Satellites & Meteorites at this time.