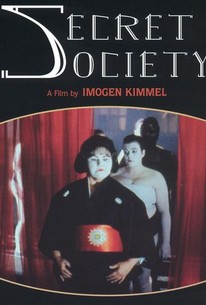 Can a working-class wife find happiness through the discipline of sumo wrestling? After half-bright layabout Kenny (Lee Ross) loses his job, he tries to persuade his wife Daisy (Charlotte Brittain) to bring in some extra income by posing for nude photos. Daisy, who is more than a bit overweight, hardly regards this as either amusing or practical, and instead takes a position at a canning plant. Daisy doesn't much care for the work, but dutifully does her job until her boss Marlene (Annette Badland) approaches her with an unusual request. It seems Marlene is a member of a group of women who are fascinated with Japanese culture, and they've taken it upon themselves to secretly found Britain's first female sumo wrestling society. Marlene is convinced Daisy is just the sort of woman they need, and while she's not certain at first, Daisy plays along and soon finds she quite enjoys her new hobby; she's even given an appropriate new nickname, "Mistress Great White Jellyfish." While Daisy is enthusiastically learning the "way of the warrior" without telling her husband, Kenny starts to think something funny is going on, coming to the conclusion that his wife's mind had been overtaken by space aliens.

There are no featured audience reviews for Secret Society at this time.