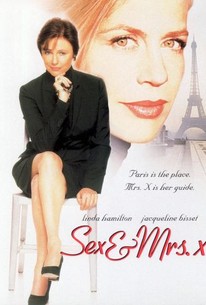 A reporter learns some lessons about love from a woman who has made it her business in this made-for-TV comedy-drama. Joanna Scott (Linda Hamilton) is a woman who thought she had the perfect life -- a successful career as a journalist and a strong marriage with her husband, Dale (Stewart Bick), that's already lasted ten years. But when Dale suddenly announces that he's leaving Joanna for a younger woman, her self-confidence goes out the window and she's not sure what to do next. Joanna's editor assigns her to write a story about Madame Simone (Jacqueline Bisset), the Madame of the most luxurious bordello in Paris. It's hardly a subject Joanna would have chosen herself, but she figures a trip to France on the magazine's expense account might help to cheer her up. Joanna meets with Madame Simone, but the Madame senses that Joanna is unhappy and asks her a few questions about the state of her love life. Madame Simone then takes it upon herself to pass a few of the lessons she's learned about sensuality and romance along to Joanna, teaching her the importance of self-confidence as she looks for new love. Sex & Mrs. X first aired on April 10, 2000.

Victor A. Young
as Francois

There are no critic reviews yet for Sex & Mrs. X. Keep checking Rotten Tomatoes for updates!

There are no featured audience reviews for Sex & Mrs. X at this time.