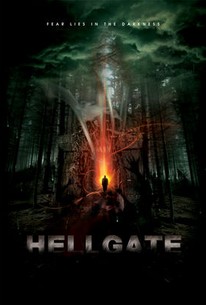 An American businessman in Thailand finds himself trapped in a terrifying netherworld between life and death following a tragic accident that claims the lives of his wife and son. Jeff (Cary Elwes) has just arrived in Bangkok when he, his wife Sua (Paula Taylor) and their son Kyle pile in to the car for a visit with Sua's father. The next thing Jeff knows, he's regaining consciousness in a hospital, where he learns that a devastating crash has claimed the lives of Sua and Kyle. Over the course of his slow recovery, Jeff begins to see the ghosts of people who perished under terrible circumstances. When Jeff confides his visions to sympathetic nurse Choi (Ploy Jindachote), she refers him to Mae, a noted medium who confirms the traumatized father's greatest fears: Since Sua and Jeff were killed before their time, and in such a violent manner, their spirits will be forced to repeat their moment of death forever. Enlisting the aid of American expatriate Warren (John Hurt) in order to help his wife and son cross into a place of rest, Jeff learns that his soul, too, has become stuck in that terrifying realm between life and death. Now, the only way for Jeff grieve his loss, and grant his loved ones eternal slumber is to enter the ethereal world from which few living beings ever return. But even then, the struggle ahead will be so terrifying that he may not live to succeed.