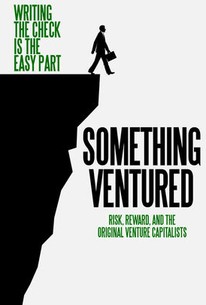 It's one thing to come up with an idea that could change the world, it's something else to actually make something of it. Something that often separates successful entrepreneurs from folks imagine interesting things is the capital to manufacture and market a new product; most inventors, however, don't have unlimited funds at their disposal, and that's where venture capitalists come in. Many of the major companies involved in the information revolution, such as Apple, Intel and Atari, were able to move forward with new technology because they'd found investors who believed in the potential of their ideas and were willing to put their money where their mouths were. Filmmakers Dayna Goldfine and Dan Geller introduce viewers to men who bankrolled some of the leading advances in computer technology in the documentary Something Ventured, in which they share what they saw in these new and unconventional notions and how they learned from the young turks of the computer revolution and vice versa. Something Ventured received its world premiere at the 2011 South by Southwest Film Festival.

Critic Reviews for Something Ventured

Audience Reviews for Something Ventured

There are no featured audience reviews for Something Ventured at this time.