Son of the Bride 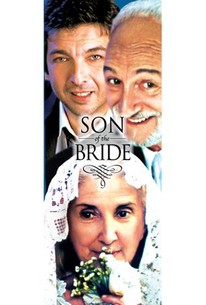 Son of the Bride

A film about one man's mid-life crisis, The Son of the Bride is both touching and funny.

Son of the Bride Photos

A family wedding brings out the best and the worst in the various parties involved in this warm but pointed comedy-drama. Rafael Belvedere (Ricardo Darin) makes his living running the restaurant ran by his father, Nino (Hector Alterio), and the combination of a stressful job and familial tensions are wearing him down to a frazzle. Rafael is divorced from his wife, Sandra (Claudia Fontan), he's all but a stranger to his daughter, Vicky (Gimena Nobile), and it's been almost a year since he last paid a visit to his mother, Norma (Norma Aleandro), who is battling Alzheimer's in a retirement home. Rafael has a girlfriend, Naty (Natalia Verbeke), but after a long day of work and dealing with his father, she finds he rarely wants to do anything but watch old reruns on television. With Norma's health declining, Nino decides that he wants to renew their wedding vows and give his wife the nice church service he couldn't afford when he was younger; however, arranging the affair turns out to be far more complicated than either Rafael or Nino imagined, and the circumstances lead to some profound changes for father, son, and the rest of the family. El Hijo de la Novia was directed by Juan Jose Campanella, who in recent years has been dividing his time between helming feature films in his native Argentina and directing episodic television in America.

Salo Pasik
as Daniel
View All

Critic Reviews for Son of the Bride

Audience Reviews for Son of the Bride

Son of the Bride Quotes