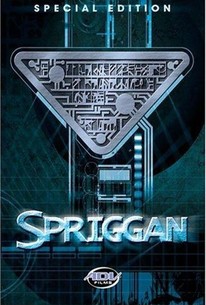 Animator of the groundbreaking animé classic Akira, Katsuhiro Otomo was the executive producer for this two-fisted Raiders of the Lost Ark-like animated action-adventure flick, based on a manga by Hiroshi Takashige and Ryoji Minagawa. The film opens with members of the secret organization Arkam rooting around on Mt. Ararat -- the supposed landing spot of Noah's Arc. They not only find the Arc, they also discover death in the guise of a powerful magnetic beam that blasts them to nothing and takes out three U.S. satellites along the way. Six months later, Arkam member and high school student Yu Ominae almost gets blown up himself when a classmate wired with explosives goes off in the schoolyard. He also gets the cryptic message that "Noah will be your grave." Someone is out for Yu's head, and he wants to know why. After venturing to Turkey, he braves dangerous trap after bloody ambush. When he finally does reach Mt. Ararat, he learns that his organization Arkam has a rival in its effort to learn the secrets of the Arc, and that group is a U.S. government-sponsored special force which includes a massive powerhouse of a man called Fightman, and a whey-faced trickster named Little Boy. While Arkam is devoted to protecting humanity from the terrible power of the Arc, Fightman and his cronies are bent on using the ancient object for their own twisted ends.