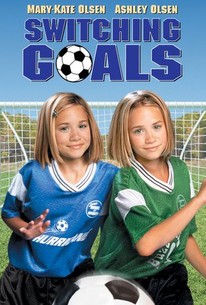 Twin sisters discover trading places isn't quite as simple as they imagined in this comedy for the whole family. Emma Stanton (Ashley Olsen) and Samantha Stanton (Mary-Kate Olsen) are a pair of 12-year-old identical twins who look alike, but otherwise have little in common. Samantha -- or Sam, as most everyone calls her -- loves sports and isn't much on frilly stuff, while Emma is a junior fashion maven who doesn't have any use for her sister's tomboy interests. Their father (Eric Lutes) thinks he doesn't have a close enough relationship with Emma, so he decides to draft her onto the winning girls' soccer team he's coaching; their mother (Kathryn Greenwood) signs Sam up for a second-string team coached by someone who acts as if he could hardly be bothered to watch the game. Neither Sam nor Emma is happy with this situation, so they decide to swap places on the teams; at first, neither Mom or Dad are the wiser, but when the girls' wildly different levels of play become obvious, Emma discovers she has to act like Sam to keep her folks from catching on to their plan, and vice versa.

Jesse Farb
as Oscar
View All

There are no featured audience reviews for Switching Goals at this time.