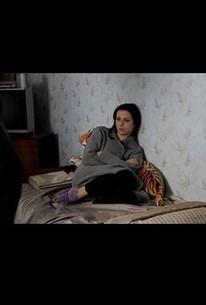 Tale in the Darkness

A woman struggling with loneliness is searching for Mr. Right in this low-key drama from director Nikolai Khomeriki. Gelya (Alisa Khazanova) is a female police officer who lives and works in a large resort town along the Russian coast. Gelya specializes in cases involving children who have been victims of abuse and neglect, but while she tries to reach out to the kids, they don't seem to care for her, and her luck isn't much better with adults. Gelya is single and hasn't been able to find a boyfriend, which is especially frustrating in a town where people frequently come to renew their love. Though she's attractive, many men are put off after they learn Gelya is a cop, and when she takes a dancing class in hopes of meeting bachelors, she finds the only man who wants to be her partner is Dimych (Boris Kamorzin), a charmless fellow officer. One day, a child in Gelya's care bluntly explains to her why she isn't more popular, and she makes a decision to change her life. Skazka Pro Tmnotu (aka Tale In The Darkness was an official selection at the 2009 Cannes Film Festival, where it was screened as part of the "Un Certain Regard" program.

Critic Reviews for Tale in the Darkness

There are no critic reviews yet for Tale in the Darkness. Keep checking Rotten Tomatoes for updates!

Audience Reviews for Tale in the Darkness

There are no featured audience reviews for Tale in the Darkness at this time.

Tale in the Darkness Quotes